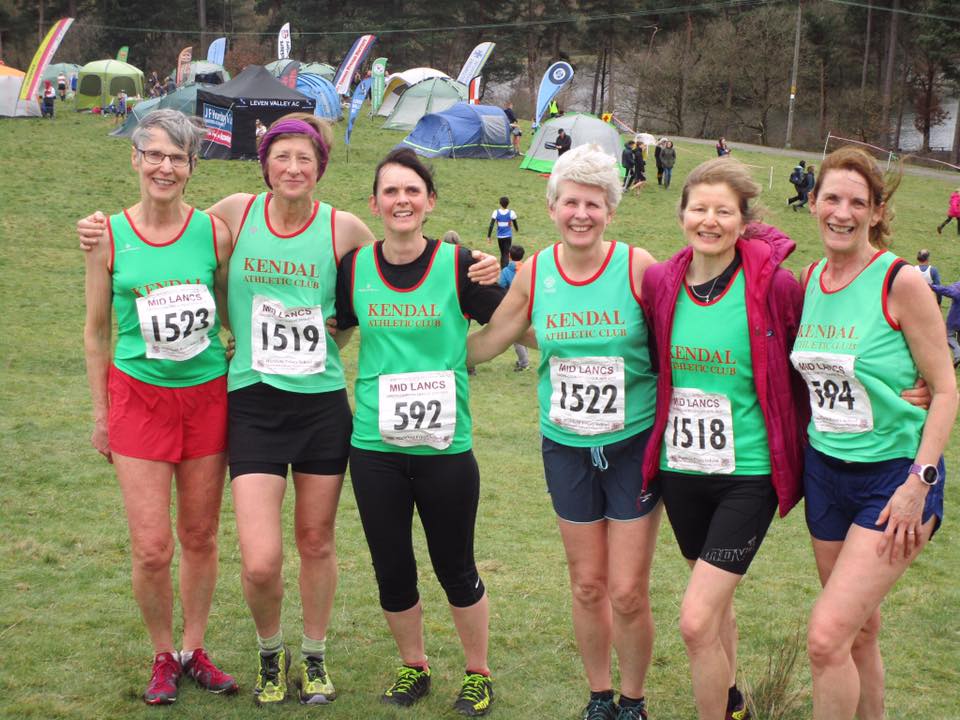 The tough course caused no problems for the U11 girls who finished 4th team. Kate Collin proved unbeatable yet again 1st in 5.56 securing an overall season win.

There was an impressive run by Lora smith 9th  6:38, followed by an ever improving Isla Ford 7.23

It’s been a great season for Sarah Smith, flat & fast or tough & hilly makes no difference. Her race ability never in question as she made the most of the down hill section to pull away from Clayton’s Helana White and win by 6 secs. There was a storming run by Sophie Cowin gaining 4th place with yet another year in this age group.

Together 2nd vet 45 team & 3rd vet 35 team . Paula Bowen was close behind enjoying the tough course. Next was Dianne Priestley 1st vet 65 with maximum points throughout the Series giving an overall win. The team of Carolyn, Dianne & Sue Booth was 2nd vet 55 team which gained them overall silver in the series.

Henry Hunter Hammers Home to take 3rd place at Cuerdan X/C with James Bowen 9th and Harry Bowen 10th, John Egner 24th to win the U15 team on the day and seal the trophy and gold medals season for U15 boys Seeing off Liverpool and Lancaster.

Tom Hartley joined the elite with a fine 9th place on the day and is Kendal’s most consistent senior runner of the 2018/9 season. Quentin Gratix 21st , Will Sisson , 31st Joe Todd, 33rd, Stephen Roberts, 163 and Stuart McGurk, 167 completed the team. Silver medals and confirmed promotion. The V40s were confirmed as gold medallists with Mike Walsh and Mark Walker completing the V50 team on the day.

Jack Barker came within 11 secs of winning the U13 match with a time of 13.00 for a fine 2nd place holding off Louis Bigland 3rd, by 2 secs, with Rio Egner 37th ensuring the team took 2nd place on the day. U13 boys Oliver Willoughby finished 39th and James Sloss 45th.

Fantastic results from the men and boys – just wait for the women’s and girls!

Kendal AAC receive 10% off Trespass outdoor gear. Email the club for discount code and enter at checkout on www.trespass.com. Online only. Code may be changed/withdrawn at any time in the event of misuse.